EQ and IQ through a Multiplayer Game 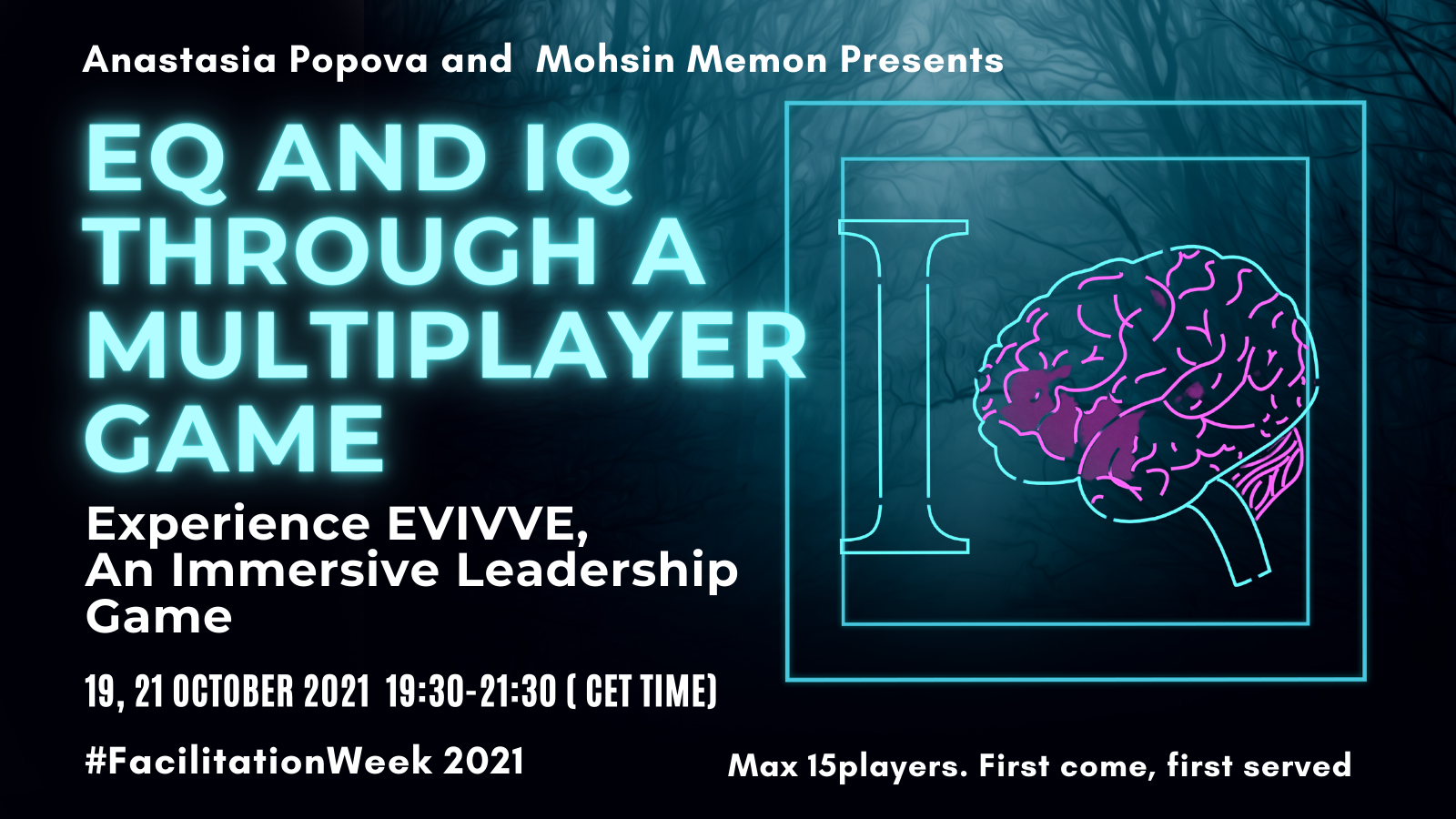 Evivve (pronounced: ee-vyy-v): Redefining Growth is an immersive learning program that provides an opportunity for you to strategize, plan and execute along with other leaders. Its premise is to simulate a series of situations and show consequences of actions.

The entire game-play is dependent on the decisions made by the team – a decision made at the onset of the game has the potential to impact the way in which the entire game unfolds.

As the game progresses it evolves with its protagonists and presents tougher challenges along the way.

The maximum number of players per game is 15. We`ll not be able to accommodate more players, and therefore, won`t be admitting anyone after the first 15 players in the room.

In case you have missed the game. – no worries! RSVP here

Mohsin (pronounced: moe-sin) is a lifelong learner. He loves games and it is this love that brought him into the work he now does. Over the last several years, Mohsin has built a number of games. Two of his games have been played and praised by leadership of companies like PwC, Microsoft, Netflix, Uber and many many others. His games have also won awards for being an innovative format of virtual learning and today you have the opportunity of experiencing one of them firsthand.

Mohsin has been working for nearly 30 years! And he’s held a colorful range of jobs and positions: from an actor to salesman to project manager to game designer and many many others in between. He believes this range is what fuels much of his creative imagination and ability to understand human behavior which he unapologetically uses to design his games for learning.

Anastasia is a facilitator based in Dubai who is known for her high-energy and positive attitude in working with teams.

Certified LEGO® Serious Play facilitator, she is constantly looking for ways to gamify and diversify an experience for leaders and their teams both online and offline.

Today Anastasia is a co-founder and sprint facilitator at Weiland Business Accelerator Experts in Dubai. She designs and conducts workshops using Sprint method for companies in emerging technologies and social enterprise and facilitate meetings for start-ups and SME`s in the UAE.

She is a meeting facilitator a IIFAC ( International Institute for Facilitation and Change) where her mentor and facilitator role model Beatrice Briggs guiding her on becoming a professional process facilitator.

Together Mohsin and Anastasia believe that they can make better leaders tomorrow!